HELP PATIENTS GET STARTED
ON COSENTYX® QUICKLY AND
SUCCESSFULLY

Which process are you using to help patients get started?

NO PAPER. NO FAX. NO DUPLICATE SERVICES. 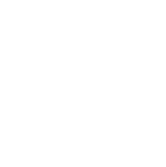 If the PA request was initiated by the Specialty Pharmacy, CMM will notify them of the approval so the pharmacy can schedule delivery with the patient

While coverage is being pursued, submit a Start Form to the Covered Until You’re Covered Program through your CMM account to enroll patients in

Regardless of Specialty Pharmacy, ALL patients may self-enroll into the COSENTYX® Connect Personal Support Program

Send COSENTYX prescription to the Specialty Pharmacy of choice

Novartis does not recommend the use of any particular Specialty Pharmacy.

While coverage is being pursued, submit a Start Form to COSENTYX® Connect for enrollment into

Novartis does not recommend the use of any particular Specialty Pharmacy.

Support provided during benefits investigation, PA, and up to 2 levels of appeal. Fax communications keep the office informed every step of the way.

While coverage is being pursued, eligible† patients are auto-enrolled in

*Limitations apply. Up to a $16,000 annual limit. Offer not valid under Medicare, Medicaid, or any other federal or state program. Novartis reserves the right to rescind, revoke, or amend this program without notice. Limitations may apply in MA and CA. For complete Terms & Conditions details, call 1-844-267-3689.

‡Covered Until You're Covered Program: Eligible patients must have commercial insurance, a valid prescription for COSENTYX, and a denial of insurance coverage based on a prior authorization request. Program requires the submission of an appeal of the coverage denial within the first 90 days of enrollment in order to remain eligible. Program provides initial 5 weekly doses (if prescribed) and monthly doses for free to patients for up to two years or until they receive insurance coverage approval, whichever occurs earlier. Program is not available to patients whose medications are reimbursed in whole or in part by Medicare, Medicaid, TRICARE, or any other federal or state program. Patients may be asked to reverify insurance coverage status during the course of the program. No purchase necessary. Program is not health insurance, nor is participation a guarantee of insurance coverage. Limitations may apply. Enrolled patients awaiting coverage for COSENTYX after two years may be eligible for a limited Program extension. Novartis Pharmaceuticals Corporation reserves the right to rescind, revoke, or amend this Program without notice.

CoverMyMeds is a registered trademark of CoverMyMeds LLC. All rights reserved.

COSENTYX® (secukinumab) is indicated for the treatment of moderate to severe plaque psoriasis in adult patients who are candidates for systemic therapy or phototherapy.

COSENTYX® (secukinumab) is indicated for the treatment of moderate to severe plaque psoriasis in patients 6 years and older who are candidates for systemic therapy or phototherapy.

COSENTYX is indicated for the treatment of active psoriatic arthritis (PsA) in patients 2 years of age and older.

COSENTYX is indicated for the treatment of adult patients with active ankylosing spondylitis (AS).

COSENTYX is indicated for the treatment of adult patients with active non-radiographic axial spondyloarthritis (nr-axSpA) with objective signs of inflammation.

COSENTYX is indicated for the treatment of active enthesitis-related arthritis (ERA) in patients 4 years of age and older.

COSENTYX is contraindicated in patients with a previous serious hypersensitivity reaction to secukinumab or to any of the excipients in COSENTYX. Cases of anaphylaxis have been reported during treatment with COSENTYX.

COSENTYX may increase the risk of infections. In clinical trials, a higher rate of infections was observed in COSENTYX treated subjects compared to placebo-treated subjects. In placebo-controlled clinical trials in subjects with moderate to severe plaque psoriasis, higher rates of common infections, such as nasopharyngitis (11.4% versus 8.6%), upper respiratory tract infection (2.5% versus 0.7%) and mucocutaneous infections with candida (1.2% versus 0.3%) were observed with COSENTYX compared with placebo. A similar increase in risk of infection was seen in placebo-controlled trials in subjects with psoriatic arthritis, ankylosing spondylitis and non-radiographic axial spondyloarthritis. The incidence of some types of infections appeared to be dose-dependent in clinical studies. In the postmarketing setting, serious and some fatal infections have been reported in patients receiving COSENTYX.

Exercise caution when considering the use of COSENTYX in patients with a chronic infection or a history of recurrent infection.

Instruct patients to seek medical advice if signs or symptoms suggestive of an infection occur. If a patient develops a serious infection, monitor the patient closely and discontinue COSENTYX until the infection resolves.

Evaluate patients for tuberculosis (TB) infection prior to initiating treatment with COSENTYX. Avoid administration of COSENTYX to patients with active TB infection. Initiate treatment of latent TB prior to administering COSENTYX. Consider anti-TB therapy prior to initiation of COSENTYX in patients with a past history of latent or active TB in whom an adequate course of treatment cannot be confirmed. Monitor patients closely for signs and symptoms of active TB during and after treatment.

Caution should be used when prescribing COSENTYX to patients with inflammatory bowel disease. Exacerbations, in some cases serious, occurred in COSENTYX treated subjects during clinical trials in plaque psoriasis, psoriatic arthritis, ankylosing spondylitis and non-radiographic axial spondyloarthritis. In addition, new onset inflammatory bowel disease cases occurred in clinical trials with COSENTYX. In an exploratory trial in 59 subjects with active Crohn’s disease, there were trends toward greater disease activity and increased adverse events in the secukinumab group as compared to the placebo group. Patients who are treated with COSENTYX should be monitored for signs and symptoms of inflammatory bowel disease.

Anaphylaxis and cases of urticaria occurred in COSENTYX treated subjects in clinical trials. If an anaphylactic or other serious allergic reaction occurs, administration of COSENTYX should be discontinued immediately and appropriate therapy initiated.